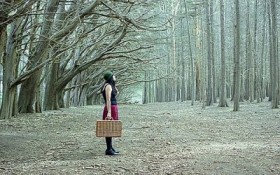 A long walk on a rainy evening, that’s something I’ve always admired to do. Not that I’ve never

phone rang, I was surprised to see that name on my mobile screen, since I am the one to wake

him up in the morning every day. ‘Hello”, sounded too sleepy, Hi Rohan I replied I sounded sleepy

either. Movie at 12?? Vishwaroopa? Ask everyone and make plan he said. “yeaaaa gross” was all I

could express, as I am not very fond of serious stuff, I mean people like me watch movies to chill

and movies like vishwaroopa can only create disturbance in your head. However, I wouldn’t have

said no to him, you know why? Let me take you to flash back, almost six months back I made best

friends with this guy, who showed so much care for me that now i have developed a huge, a

gigantic crush on him. And anyone would have fallen for this tall real cute and generous guy, who

cares to listen every stupidest thing you talk about. Besides there are a million more reasons

which makes me fall for him every now and then. I had to plan the movie anyhow, and had to plan

it with three more of my friends. With one eye open I managed to call friend #1 who’s more like a

brother to me Abhi, who turned down saying can’t come and is busy with some stupid event

management thing. But hey no movie indicated no rohan today, and that is something i can’t let

happen. One down two more to go. I called up Maddy, he didnt answer my call, quite

disappointing. Humph!!! I dropped a text “movie today??” If it wasn’t for Rohan I wouldn’t have

me back. Oh come on this was’nt happening its already been a week now I’ve met him. The third

and the last hope. “Hi Shreya You up for a movie?? Oh sure, actually I was about to call you for

said, ‘ but I was thinking about watching Vishwaaroopa??? Its a nice movie and I’ve been waiting

for it since i first saw the promo” I lied. But vishwaroopa is nothing compared to this movie ‘David’

softy, I’m sure u are gonna love it. In my head I was unable to judge which one of these is a less

pain in my ass. I am kind of a girl who can enjoy a flop like Aisha, but cant survive any of these

one of these movies. After spending an hour of calling them one after the other I managed to

convince Rohan to watch David, such a darling.

My first objective was achieved, and now the second thing I had to deal with was what shall I

wear?. Though I was so sure that he was never going to notice whatever I wear, “boys” i tell you. I

wore a purple top, that was the cutest I had in my wardrobe.

We were suppose to meet up at Mc’ Donalds, mangal city mall. I was on time When I called Rohan

first, “where are you?, almost there he replied, dont hang up softy, keep talking till I get there. One

of the things I like about him, and there I fall again. At Mc’ D’s I could see Shreya sitting there

already with a senior from our college. I waved Hi at her, still talking on phone with Rohan. And I didn’t

and talk, I was on call with the person I’m crazy about. Though all we discuss is useless. Either

while i keep talking. I can talk to him for hours without even caring about my phone bills.

And there Shreya walks out, I asked Rohan to disconnect the phone, or else even she would

think there’s something cooking amongst us like everyone else think.” I am already here, bye” he

I could see him coming from the parking lot, wearing his Black n white Pepe jacket, and flaunting

the new blue sunglasses. I stood over the ticket counter.

Okay! Six hundred and thirty. I handed over to him a thousand rupee note and took back the change. I was thinking i should get a pair of stilettos in order to match height while walking with people who are taller thanme. We went up towards the multiplex. I was so conscious about my height that i intentionally wasstepping on a stair above where Rohan was on the escalator so that you know.., well we kept oncursing  Shreya and the movie David while walking. And when we entered the cinema hall wewere not so surprised to see only eleven people including us who showed up for the movie. Theshow was late, till then we were chattering, I was rather quiet and was enjoying the way they bothwere discussing about movies, south Indians, south Indian movies, perverts and Delhi.And finally the gate for Audi 2 opens up and we got in. We got seated I was pretty happy sittingnext to Rohan, and was smiling non­stop as if advertising for A TOOTHPASTE. ‘Revital..jeeyo jeebhar ke..’ was the first advertisement and it gave my friends yet another topic to discuss about,yes thought it was Viagra.Movie began, we kept passing comments, like most of us do while watching unreal fight scenes in a Bollywood movie. The only part which we enjoyed was a stupid man whowore a Santa Claus mask and punched random brides, dancing around calling himself “sanki santa”Rubbish?? Yeaaaaa, Okay it wasn’t sounding this stupid then.Throughout the movie Rohan kept on saying ”Itold you David was a bad idea”. I enjoyed that part of the movie when it was raining outside LaraDutta’s house. “I love rain, I wish it rains here, i would love to get wet, WOW! I exclaimed. Shuhh… I hate it, mud all over spoiling your clothes Rohan said. And plus its February, no rains possible Softy.I wish it does.Yeaaaa sure, he said in sarcastic manner. The movie came to an end finally, i didnt want the time to end though. We came out still passingcomments, laughing on stupid Santa. Reached the parking, ‘now what?’ Rohan asked. I have to get home by 7 I said and it was already 7 on watch. Not at all convinced with me Rohan said “youare going nowhere girl, I have skipped my gym today, I want you to stay”. And all i could hear was “I WANT YOU TO STAY..” and the moment he said that nothing could stop me staying. I offeredShreya to take the front seat beside Rohan, but she asked me to sit ther and rather she got in thebackseat. We were heading up somewhere, and that somewhere was yet to be decided. Rohancan you pull over? I wanna get my phone recharged  Shreya asked. We got her phone rechargedwhile which he suggested to go to Simi’s bakery, ‘anywhere’ I answered. All the way we weretalking about Shreya’s Dad, How he met Rohan and Abhi the last time they went to drop herhome and about Delhi etcetera . We were talking amidst of which her phone rang, Ya,Okay….come and pick me from simi’s. Guys a friend of mine is coming to pick me up, have to seehim since he is leaving for Dubai tomorrow.I was disappointed on her cause now that she was going, i’ll have to leave as well. Rohan ordered for himself a strawberry pudding, yeaaa it does sound gay,me and Shreya were already full couldn’t have sipped in a sip of water. Shreya’s phone rangagain, she went out to answered it. Meanwhile Rohan offered me to try the pudding once, heraised a spoon towards me, I leaned forth and tasted it. It was best since he was feeding it to me.‘umm not bad, i said’. Sheena came in in a hurry. “sorry guys gotta go…” she grabbed her bagand left. What the hell? Rohan seemed annoyed, now what? He asked me, i dont know i replied.What’s your deadline to get home?? 9:00 i said. He smiled slightly, and for me there it was asunrise.“ Why didn’t you tell me earlier? He asked with that cute smile on.You never asked, i replied.Drive??Ya Okay, i said while inside i was screaming Oh hell sure!! That’s what i’ve been wanting.We were about to cross hotel Radisson blu when he turned on the music, it was Taio Cruz,nothing i thought and started singing with it, he joined as well,If you fall for meeeeeeee…I’m not easy to pleeeeeaseImma tear you apartTold you from the start, baby from the start.I’m only gonna break break ya break break ya heart.And guess what it was already 8;50 on the clock, seemed as the time went in a blink of an eye. Inever wanted to get back home, but had to. He dropped me home. “ Had a great time” I droppeda text, and kept staring at my phone until he replied me back, ‘me too When I woke up the next morning I was surprised, I picked up my phone and dialed up to Rohan,’.Good morning can you believe it? Its raining, that’s what I wished yesterday and it came true. Hesaid yes and giggled, I hung up. I went out got myself drenched. And hey you know what it’s notthe only thing I wished for. And there he calls me back ;).

← How do you like YOUR eggs? – Texas Eggs
Scared →

One thought on “The Wish”