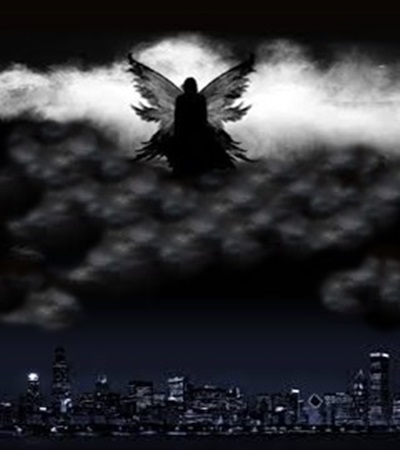 …OR JUST A FIGMENT OF OUR IMAGINATION?”

Now there was a day when the sons of God came to present themselves before the Lord, and Satan[b] also came among them.  And the Lord said to Satan, “From where do you come?” So Satan answered the Lord and said, “From going to and fro on the earth, and from walking back and forth on it.” Then the Lord said to Satan, “Have you considered my servant Job, that there is none like him on the earth, a blameless and upright man, one who fears God and shuns evil?” So Satan answered the Lord and said, “Does Job fear God for nothing? 10 Have you not made a hedge around him, around his household, and around all that he has on every side? Job 1:6-9

Why do so much conflict, violence and downright evil permeate our societies? Where can we find the answer? We would think that we could find some sort of bright light in the world through religion, sadly, even religion, that many look for solutions to life’s problems is in disarray. Christians warring against Christians, Muslim kill Muslim, and Jews confront other Jews. Every facet of hope appears to be confusing for so many. It is as we are a blind people searching for a spark of light in darkness. Why are we plagued with such suffering and problems? Scientist recognizes that a basic law of the universe; is that a cause exist for every effect. Things do not just happen, they occur because “something” or “someone” causes them to happen.  In fact, we can find a cause for every evil we see in the world.  Crime, war, religious confusion, famine, starvation, disease, premature death in their many tragic forms all exist for a reason. Our primary cause for such chaos lurks behind the curtains of the physical realm. Masking itself in the shadows cunningly as many go about believing that he is some mythical embodiment of evil, truth is many don’t know what to believe any more. To know the enemy of mankind, one must study about the enemy as the enemy has studied and continues to study humanity.  Hosea 4:6 “My people are destroyed for lack of knowledge.”  When we fail to study the source and origin of spiritual things, we tend to fall into the secular beliefs of others opinions and drug away by feeble tales and myths that have no scriptural truth and therefore are blinded to what happens around us spiritually. To answer the original question at hand…does Satan really exist? The answer…yes, of course he does and he is a very real threat and deceiver of humanity. Where can we find the most reliable source of information on the spiritual realm? There is only one original source that pertains to the spiritual world that surrounds us and that found in the Bible. The Bible contains unequivocal internal evidence that it truly is the Word of God and through its pages God reveals true spiritual knowledge, information unavailable from any other source.  This is not for brothers and sisters to focus continually on the evil that surrounds us as a body, because we know that He that is in us is greater than he that is in the world. This is for us to be aware and informed that there is a REAL enemy of the children of God and that we should pay close attention to the schemes, illusions and deceptions the enemy uses to divide and conquer, methods of conflict and illusions and lies that masks itself by the enemy to shatter, weaken and mislead those of faith. How can one obtain leverage in enemy territory if not informed of the enemy’s tactics? God is ALL powerful, however, he allows Satan to carry out his deceitful and destructive activities-within certain limits- for a purpose. We can use the story of Job as an example of that purpose. God knew Job’s heart better than Satan thought he did. Suffering sometimes proves the character of God’s children during trying moments such as that of Job. As Paul wrote in 1 Thessalonians 2:4; “We are not trying to please men, but God who tests our hearts.” This is why Paul and others could rejoice during their sufferings, they knew that during their sufferings, testing and trials the Spirit of God rested upon them. Therefore rejoice when trials come, when the enemy has selected you, because one…you are a child of the living God, and two…we know that God will not give us more than we can bear. “Put on the whole armour of God that ye may be able to stand against the wiles of the devil.” May God continue to watch over you, protect you and bless you in all that you do and touch as we press forward from faith to faith and glory to glory. Amen.

REMEMBER!!! Go take a peek at the novel if you haven’t yet. “Battlefield of Angels” It’s a glimpse at spiritual warfare around us and rate this. Though fictional in content many of the events are realand a shadow of my life.

← Deep Throat Stole the Sexual Revolution
Read this, will you? :) →

One thought on ““DOES SATAN REALLY EXIST…”